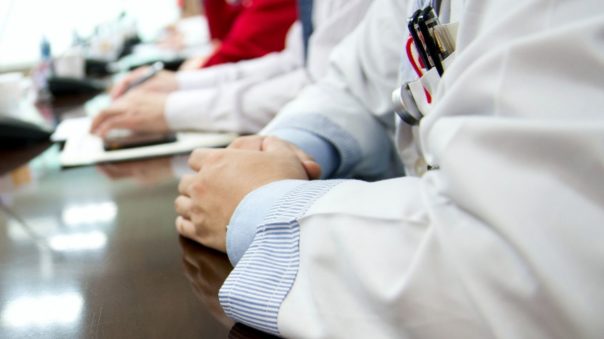 Skinive MD became available on Appstore and Google Play in May 2021. Over 3 months of summer, more than 3000 users from the CIS countries and Europe took part in the open testing of the application and left Skinive reviews.

Interesting fact: according to statistics, 8 out of 10 people make their choice based on reviews. Reviews also help manufacturers improve their products and services based on the specific needs of their audience.

What do doctors think of the Skinive MD app?

To study the experience of the first users of the application, we conducted an online survey, consisting of 38 questions, covering all the key points of Skinive MD’s work. Separately, we want to thank all survey participants – your feedback allows us to make our applications even better!

Reference: Skinive MD application allows online screening of 45 most common skin diseases without the use of additional equipment. This application is intended for medical professionals of various fields and specialties, as it allows you to solve several multi-level tasks at once (recognition of skin pathology, patient management, increasing medical knowledge in the field of dermatology, and others).

We invite you to familiarize yourself with the survey results in this article. A total of 104 users took part in the Skinive reviews. Of these, 60.6% are medical workers, of which 51% are directly doctors (general practitioners and dermatologists).

Among all respondents, 40.3% use the application on a weekly basis.

Figure 2: Frequency of Skinive Application Use

Considering the novelty of the application, its specificity and purpose, such use can be regarded as quite frequent.

According to Skinive reviews, More than 95% of the respondents noted the absence of any difficulties at the start of working with the application.

Reviews of the patient profile in the Skinive app

One of the key functions of the Skinive MD app is to create and manage a patient profile. This makes it possible to store all images of the same patient in one place, and also greatly simplifies the possibility of dynamic observation or to evaluate the effectiveness of the treatment of skin pathology in the same patient in the same area of the body. The need for this function is also indicated by the fact that 56% of survey participants returned to viewing previous skin pathology recognitions in the Skinive MD application.

An important feature of the application is the preservation of the results of the study of skin pathology. Thanks to this, the user has the opportunity to dynamically monitor skin pathology, organize counseling and others. The frequency and reasons for viewing the saved results are shown in the figure:

Figure 3: Frequency and Reasons for Viewing Stored Results in the Skinive App

Reviews of the recognition function in the Skinive app

Regarding the main function of the application – screening of skin pathology using a smartphone camera, then, as expected, users had a few more problems due to the presence of specific settings and features of the application. 56.7% of the respondents noted certain difficulties, among which the most frequent were difficulties with the operation of the 3D model of the human body (27.9%) and additional functions of the “smart” camera of the application (17.3%): AI-assistant and additional illumination to obtain a better and clearer image of skin pathology.

At the same time, the feedback shows that all these difficulties arise only at the first attempt at recognition. Subsequently, during repeated scans, such problems arose significantly less and the screening process itself took less time. Based on Skinive reviews, 34.6% of the respondents were assisted in the inspection by watching a training video. Also, in the future, the AI-assistant of the camera also simplified the shooting process – this was indicated by 86.5% of users.

Figure 5: Influence of the AI ​​camera on the process of capturing skin pathology in the Skinive application

The results obtained are understandable and practically do not cause difficulties in interpretation. This was noted by 86.5% of the respondents.

During the entire time of using the application, there were practically no critical failures that prevented the continuation of work with the application. Only 3 people reported inadvertent termination of the app. And 5 reported an endless download of data that was caused by a failure in their internet connection.

The most relevant pathology for recognition was a group of skin neoplasms (benign neoplasms, precancerous conditions, malignant neoplasms), including those of a viral nature (viral warts, viral papillomas, molluscum contagiosum). 96.1% of the respondents indicated that these particular skin pathologies are most in demand for recognition. I.e. most often they were photographed using the Skinive MD application.

Figure 6: The structure of the most popular skin pathology for recognition in the Skinive application

At the same time, the recognition accuracy is assessed as high (89.4% indicate rare recognition errors or single inaccuracies).

Figure 7: Evaluating the Accuracy of the Skinive Algorithm According to Users

Despite large range of recognized nosologies, 58.7% of the respondents left the desire to train the neural network to recognize eczema. 57.7% – recognition of injuries, skin burns, skin bites by insects; 35.6% – urticaria. Other requests include dermatitis and rare syndromes with skin lesions (1-2% each).

The most relevant application can be for general practitioners. This is the opinion of 73.1% of respondents, for dermatologists – 61.5%, for oncologists – 51% and for pre-doctor’s offices – 47.1%.

Figure 8: Relevance of the Skinive application for doctors of different specialties

Of course, the use of a smartphone by a doctor in clinical practice can have certain negative reactions from the patient. However, correct information about the goals and advantages of this type of research, the absence of any consequences (non-invasive procedure, preservation of medical secrecy, lack of storage of personal information) allows you to minimize the unjustified alertness of patients. Refusals to photograph skin pathology were rare (4.8% of all respondents).

It is also important to note a number of identified shortcomings when using the Skinive MD application. The survey showed that in almost half of the cases, users simply did not know or could not independently find such useful functions as disabling the AI-assistant of the camera (this function is necessary if there are problems with focusing), turning on the backlight (smartphone flashlight) directly in the application, adding comments to result screen or the ability to correct the result if necessary (for example, after receiving the results of a histological examination or other clarifying techniques).

Figure 9: Important features of the Skinive app that users most often did not know were available

For this reason, users could not use the app to its full extent. In the future, these functions will become more visible. The quality of information about existing and new application capabilities will also increase.

In general, the Skinive MD application received a fairly high rating from the end and target user – the medical audience. Obviously, that 93.3% of users will continue to use Skinive MD in their medical practice. And 51% of them are ready to do it constantly and regularly.

As Skinive reviews showed, the overwhelming majority of users (97.1%) would recommend Skinive MD to their colleagues. This once again indicates the trust and the real possibility of using the Skinive AI-algorithm in their work. 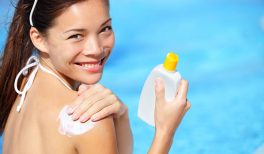 How to keep a healthy skin in the summer

In most parts of Europe and USA, people are currently enjoying plenty of sunshine as the summer is coming closer. But the sun hasn’t shown its full potential yet. So, how can you enjoy the heartfully warm days while keeping your skin healthy? Here are five tips on how to keep a healthy skin in […] 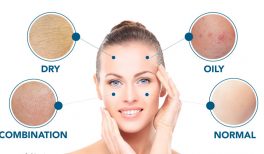 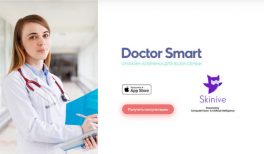 Skinive is now available in the Doctor Smart app

Doctor Roitberg’s Doctor Smart online medical consultation service, in partnership with the Skinive AI project, has launched a new service – skin scoring based on artificial intelligence (AI). Users can scan their moles (pigmented nevus) in a few seconds by uploading a photo to the application. The neural network will analyze the image and prepare […]