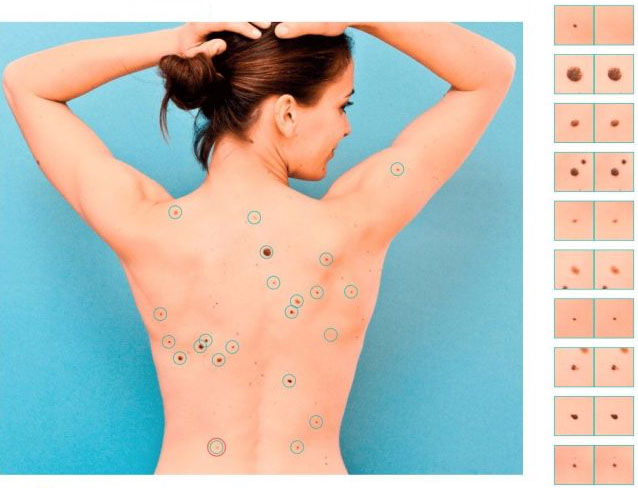 In a detailed analysis of the requests sent to the Skinive bot, we noticed that people are very often worried not about the condition of a particular mole (pigmented nevus), but the quantity of the moles on their body.  Moreover, with further analysis of the situation, it becomes obvious that there is a fact of special oncological alertness due to the appearance of more and more nevi. Many people see high oncological risks in this. But Is it really so dangerous? Is there a need to urgently visit a dermatologist or an oncologist?

In fact, there are even more options. In certain cases, you can safely stay at home without the risk of missing a serious skin problem. Spoiler alert: all you need to do is download a mobile application and conduct independent monitoring of the skin condition.

Indeed, in those people who have a lot of nevi, the risk of melanoma is slightly higher.  And the problem is not even that a malignant transformation of the nevus can occur.  Most often, the danger lies in the appearance of a new skin formation, rather than in the change of an existing one.

But both in the first and in the second case (with a large and small number of nevi) – the most optimal tracking option is to draw up a map of moles (this includes all other types of skin neoplasms), when each nevus, hemangioma, or any other skin pathology is considered in detail and is archived with reference to precise localization on the human body for the possibility of re-analysis and comparison in the future.

The key goal of mapping moles is dynamic observation, which allows to timely identify the appearance of new formations on the skin or identify dangerous changes in them.

For people with few moles, mapping helps to notice changes in already existing neoplasms in time. The appearance of new mole in ​​such people, as a rule, is always noticeable without the use of special devices (for example, there was one mole on the forearm, but now there are two: it is easy to notice the difference).  Although there can be problems here, when the nevus appears in a visually inaccessible place (back, buttocks, back of the thighs).

When and how often is skin mapping required?

Ideally, skin mapping should be done annually. However, if there are triggers, more often. They may include:

And in the case when a person himself suspects the presence of possible dangerous changes in the skin.  The frequency and regularity of mapping in such situations is determined individually at an appointment with a dermatologist or oncologist.

If a person is not in any risk group, it is enough to do mapping once a year in the spring season, before summer, so that later there will be something to compare with (if suddenly after summer there will be changes among skin neoplasms).

In autumn, immediately after the beach season, the mapping may not be informative due to the fact that there may not be any obvious visual changes provoked by the summer sun by this time.

How to do a mole map?

In fact, the process of creating a mole map is quite simple.  Under this term lies a banal photographing of individual areas of the skin, which together should make up the entire body as a whole.  After that, each neoplasm is examined separately for the presence or absence of risks, the exact location, changes in comparison with previous images (if there are archived images) are recorded. 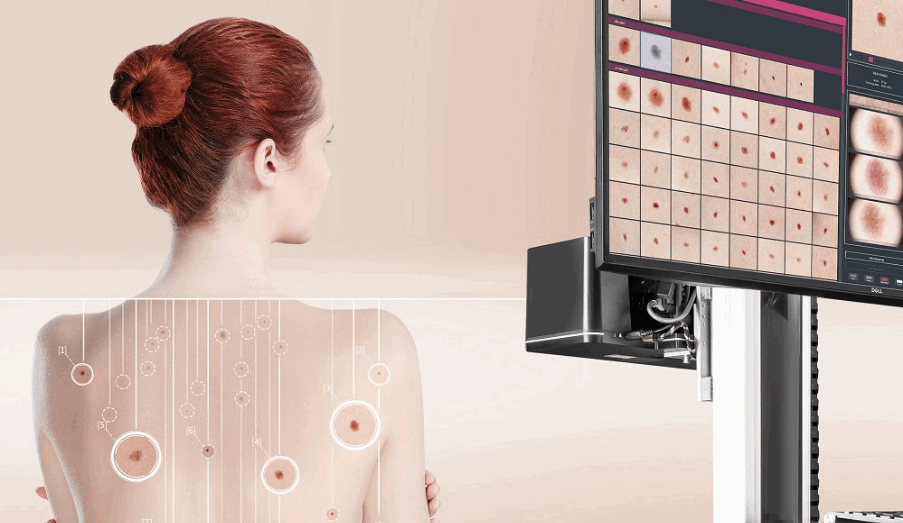 Given the uncomplicated technology, this procedure can be carried out at home using improvised means.  Fortunately, modern mobile phones are equipped with quite good (and sometimes very good) cameras.  Well, or you can use a professional technique.  Processing photos on a PC with an indication of the neoplasms localization should also not be difficult.  In principle, this approach can solve some problems, for example, to fix the appearance of a neoplasm where it did not exist before.  Or, note changes in an already existing neoplasm, but these changes should be sufficiently pronounced (which does not always correspond to the timeliness of seeking medical help).

It is also necessary to understand the presence of a number of other important points:

Taking all this into account, skin mapping should only be trusted by professionals and professional techniques.

Usually, mapping of skin neoplasms is performed in health care facilities by specially trained doctors using special equipment.  In the office, there is a stand with one or several cameras that take pictures of a person according to a predetermined algorithm.  Such a device is also equipped with an electronic dermatoscope, with the help of which skin neoplasms are examined in detail under high magnification.  There is also artificial intelligence that helps doctors to make the right decision.  All this information is recorded in the patient’s personal account and stored until the next visit.  Today, this technology is considered the benchmark for skin mapping.

Of course, the reliability and result of such a procedure should not raise any doubts.  But here comes another problem: accessibility.  The cost of such installations is estimated at tens of thousands of dollars, which not every doctor and not every medical center can afford, where dermatological and oncodermatological patients are consulted.  Accordingly, not even in every large city, you can find such a service.  And everyone needs to watch out for skin neoplasms.

An alternative way to perform skin mapping can be dedicated mobile applications for smartphones, such as Skinive. 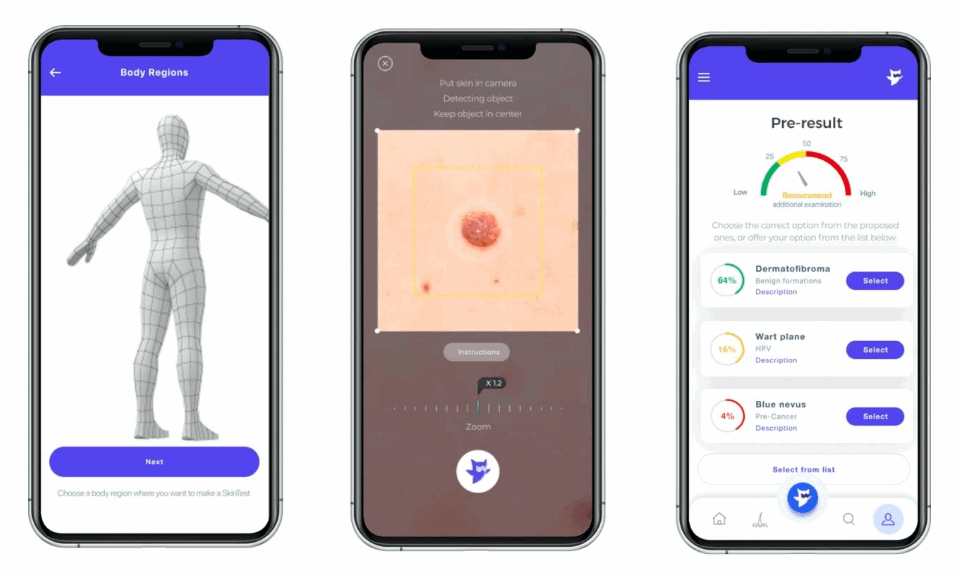 The main advantages of this approach are accessibility and mobility.

The procedure can be carried out in any office (as opposed to stationary installations, which are tied to a specific office), where there is sufficient lighting and the patient feels comfortable.  The mapping process itself is controlled by artificial intelligence: each neoplasm that the neural network was able to identify is saved and linked to a virtual 3D model of a person.  After the end of the skin scan (also carried out according to a special standardized algorithm, which must be familiarized with before starting the scan), all neoplasms that the neural network previously recognized as potentially dangerous are highlighted for the doctor.  After that, each such neoplasm undergoes a more detailed check with a neural network, on the basis of which the doctor makes his conclusion.  All results are stored in the patient’s personal account and are available for comparison at the next mapping.

It is difficult to disagree with the fact that this approach to compiling a mole map most fully meets modern requirements:

Moreover, in order to carry out mapping in this way, special in-depth knowledge in dermatology or dermato-oncology is not always required.  This technique can be considered as a screening test by general practitioners or other non-skin specialists to properly route the patient.

Thus, our health and the health of our skin, in particular, are truly in our hands.

What do doctors think of the Skinive MD app? Survey of the first users.

Skinive activities and achievements in Autumn 2021